“The greatest want of the world is the want of men—men who will not be bought or sold; men who in their inmost souls are true and honest; men who do not fear to call sin by its right name; men whose conscience is as true to duty as the needle to the [magnetic] pole; men who will stand for the right though the heavens fall” (E.G. White, Education, p.59). The world is indebted to people who prize character over reputation. Whose only fear is the fear of the Lord and the fear of sin. Those who value principle over possessions, power, or pleasure. Such people unequivocally say “No,” when the rest of the world says “Yes.” With Joshua, they take a stand and declare publicly: “BUT AS FOR ME....” (Joshua 24:15). Now is our time. Stand up. Stand out. Stand tall. Would you? (credit: Dr. Samuel Koranteng-Pipim, http://eaglesonline.org/weekly-nuggets/nuggets-archives/)

Have a great week. 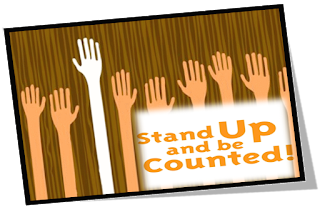 picture taken from: jesuschristismyhero.blogspot.com
Posted by Seth Asare Okyere at 7:56 PM No comments:

PASTOR Ryu Jonghyun gave a very timely message amidst the things that are happening right now that causes our hearts to fear. In his sermon entitled "To Be Forced," he said that Christ always comes to our rescue to perform miracles in our times of need, even though the end result may not be exactly what we had in mind.
So we need not fear. Instead, we need to move closer and closer to God so we can clearly hear Him speak. That's the only way to have peace that passes all understanding. 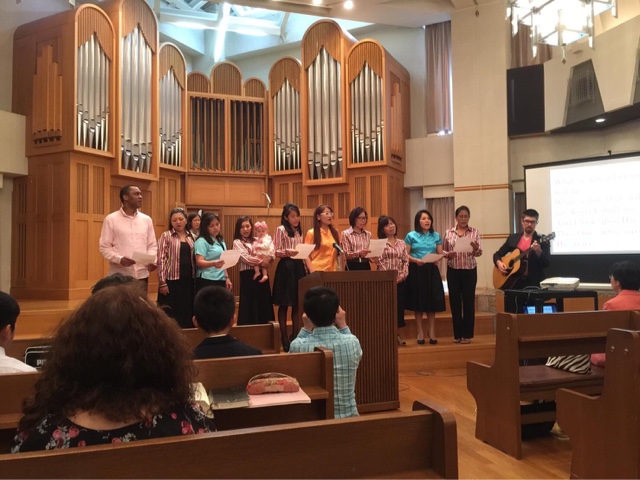 Our Filipino group also gave a special number from the oldest to the youngest member! 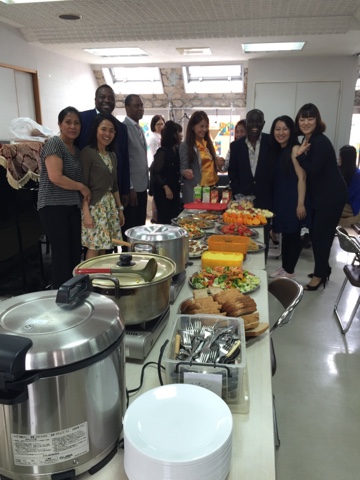 Of course, it's the fourth Sabbath so we got to share our Curry Team's delicious food!
In the afternoon, we watched the Revelation episode for this month. Great revelations! 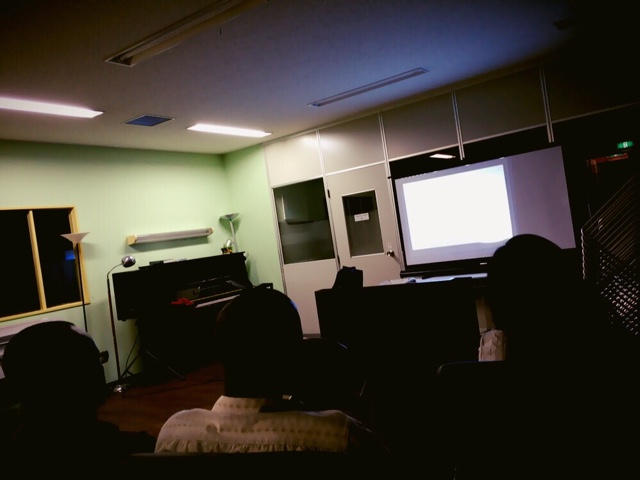 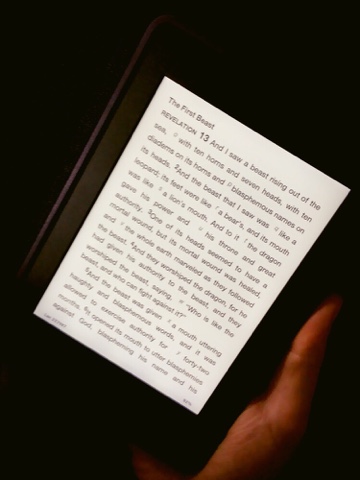 God is awesomeness!!!
Posted by REAL Groups at 6:49 PM No comments: 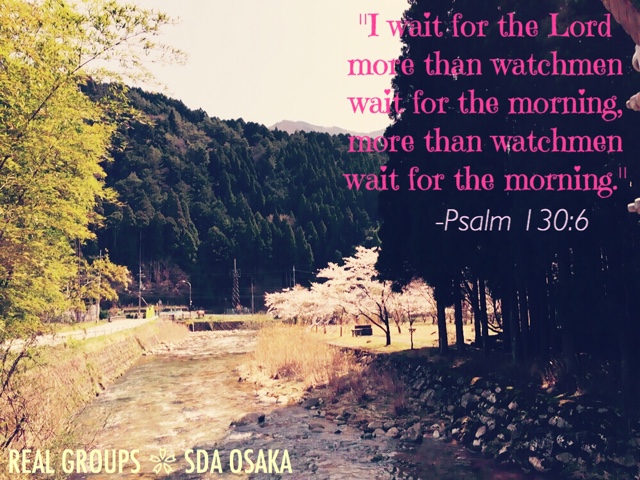 WE all have to wait for something in life: for answers to our prayers; for direction and guidance; for healing; for opportunities; for a godly spouse; for children; for many things! And oftentimes, we can get anxious and doubt the goodness of God. So what do we do while we're waiting on God?
W-ATCH God work His ways.
A-SK God for His purposes.
I-NVITE God to work in your heart.
T-RUST God to fulfill His plans.
Here is a 30-day Bible reading plan to encourage you in your time of waiting on God. May we all grow deeper in God and br blessed in our seasons of waiting. 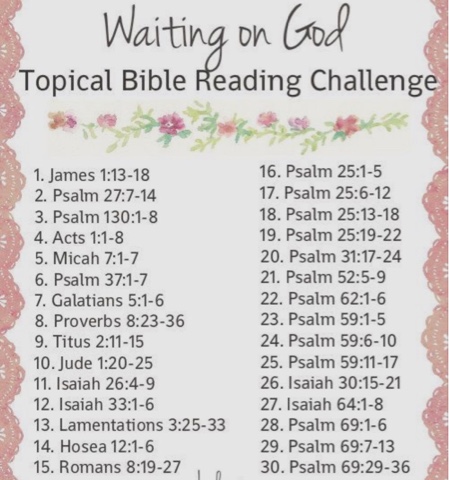 Posted by REAL Groups at 8:44 PM No comments:

Ours is Faith; God's To Do

Biblical examples
Gideon—God can and will do it (Judges 6:15-16)
·       Initially, Gideon did not consider the Angel (suoernatural being) who talked with him. He focused on himself, strength, position and ethnic limitations—which all went against him.
·       Yet, the Lord’s response was I will be with you. It was not what Gideons was, but who God is and what He is willing to do through him.
·       Worry ends when faith in God begins. The challenge for us to assured (in both mind and heart) in the words: I will be with you, when we cannot feel it. .

Moses: God always provides (Exodus 4)
·       Moses like Gideon, was charged to lead a people, in this case enslaved Israel in Egypt. Yet, Moses response was to focus on the limitations of himself than the abilities of God.
·       Notice: he said I do not know how to speak (slow of speech), they will not believe me, what should I tell them.
·       The Lord’s response: I will be with you. Yet,
·       God does not rely on sweeping statements. He proves it. Aaron, the brother of Moses—a good speaker—had been chosen to address Moses’ limitation.
·       In fact, Moses did not have to tell what his limitation, the Lord already knew it and had made provision for it.
·       Notice closely, the appointment of Aaron was a demonstration of divine provision. God made the provision to fill a needed gap. The fear of Moses was already addressed.
·       It was just a matter of faith that God is and willing to meet our needs. Our limitations do not affect God’s abilities.
It is important to recognize that as Christians there may be struggles often, perplexities along our journey and difficult circumstances. Yet, ours is not to look at what we can do (the source of our worries) but to lean on the savior and what He can accomplish. The only thing God cannot do, is that which goes against His will.
The 19th Century Christian author, Ellen White, notes, ‘You may not understand the way in which God is leading you, you may not be filled with joy, but may be in heaviness because of temptation; but in all this it is your privilege to say, “I believe the Lord will give me the things I have asked for. I can and will trust God.” Do not fret and talk discouragement and grieve the Holy Spirit of God from you. You are to believe that Jesus knows just what you need, and will supply all your wants; so you can go on in faith, saying, “I have laid my burden upon the Lord, and I will not lay it upon any human being. God will hear and answer my prayers.” Satan may say, “You do not feel any better, you are just as miserable as ever.” But tell him you believe that God will do just as he has said, and rest your whole weight on his promise (Ellen White, Review and Herald, Feb. 27, 1913).
“If we would but fully believe this, all undue anxieties would be dismissed. Our lives would not be so filled with disappointment as now; for everything, whether great or small, would be left in the hands of God, who is not perplexed by the multiplicity of cares, or overwhelmed by their weight. We should then enjoy a rest of soul to which many have long been strangers (Ellen White, Steps to Christ, pp. 86).


·       And futuristically, it was declared behold: ‘I am with you till the end of the world’

Posted by Seth Asare Okyere at 12:07 PM No comments:

FOR almost a century, the island of Nagashima in Okayama was closed off to the rest of Japan but it had been the home of 2,000 lepers since its establishment in the 1930s.

Once sent to the leper colony, the patients were considered legally dead and they were completely cut off from society. They were sterilized and not allowed to have any children despite Hansen's Disease not being genetically inherited. 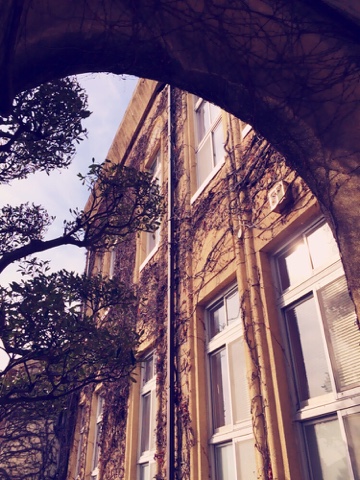 Today, the former patients are now in their 80s but they preferred to stay on the island, having no more known family members. 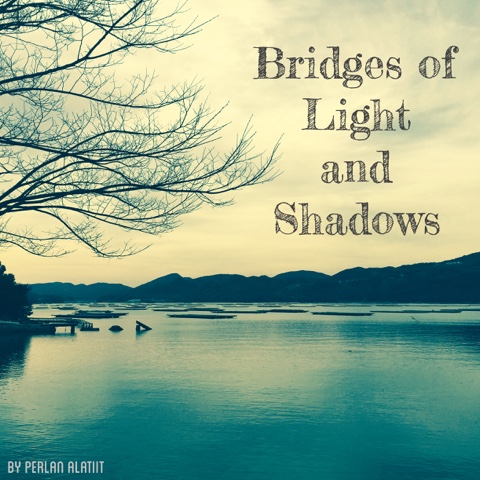 We are given a special opportunity to meet the former Hansen's Disease patients in Nagashima Aiseien Sanatorium. We are thinking of visiting them in Okayama (Nagashima Island) on May 31st, Tuesday. This date is still tentative as we have to submit our formal request to visit.
For now, we would like to know who is interested in going. We would like you to comment on this post or inform Saki before April 23rd.

The fare from Osaka to Nagashima Island is about ¥12,000 roundtrip. Please contact Saki for more information.

We are planning to do a concert for the patients while they are having snacks. The details of the program is still in the works.

"As you go, proclaim this message: 'The kingdom of heaven has come near.' Heal the sick, raise the dead, cleanse those who have leprosy, and drive out demons. Freely you have received; freely give."
- Matthew 10:8

Posted by REAL Groups at 3:11 PM No comments: